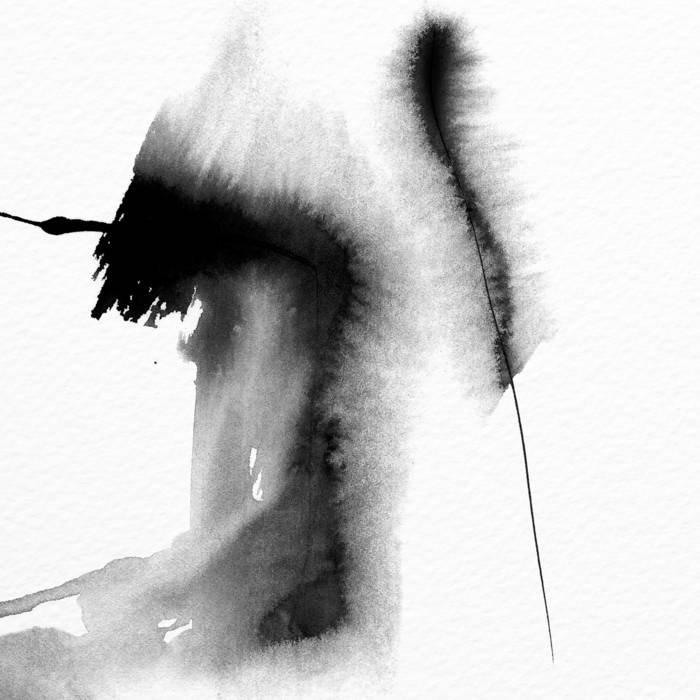 In 1735 Carl Linnaeus visited Hamburg to inspect the famous taxidermied remains of a seven-headed hydra owned by the Burgomeister. Linnaeus soon exposed it as a not-so-clever fake – the jaws and claws were from weasels, the body covered by various snake skins. With this ‘wonder of nature’ now rendered valueless (the Burgomeister had hoped to sell his hydra to a collector), Linnaeus quickly left Hamburg, fearing for his safety.

Cole’s contact microhones, at times sounding like organisms slithering across the ocean floor (or their fake counterparts!), gently brush against the coarser palette of Olsen’s distorted rubbings of copper and rubber. These corporeal sounds are alternately contrasted and magnified by the weaving sine waves and modulated static of Drouin’s electronics.

Like the Burgomeister’s ill-fated hydra, the album LINNAEUS’ HYDRA constructs richly textured environments for the listener, nestled along the borders between imagination and fact.

This is a lovely recording yet one of those that, when pressed to describe “why”, leaves me with few descriptives. In a a sense, it fits easily enough into quasi-similar work from the recent past – a trio wending their careful, quiet-yet-bumpy way through a field of intimate sounds. As I know I’ve said before, rather unhelpfully, it boils down to the choices involved and how those choices mesh with my own (hopefully always changing) sensibility. The means employed (Cole: contact microphones, no-input mixer; Drouin: modular synthesizer, radio; Olsen: amplified copper plates, objects) are, these days, unremarkable enough, but the combination works and breathes quite well, plastically here, ethereally there, metallic sometimes, sandy and scratchy others, generally at low volume but, crucially, with no feeling of constraint in that regard, simply not happening, on that day, to get very loud.

I suppose the best one can say is that my attention never wandered. I was always willing to be led down these paths, always finding more than enough to perk my interest, to tickle my brain and ears. A very good job indeed.

Tonight a new release on the beautifully packaged Infrequency Editions label run by the Canadian musicians Jamie Drouin and Lance Austin Olsen, who until recently both seemed to be living in Berlin, where this trio recording, alongside fellow visiting musician Crys Cole was captured. The disc is entitled Linnaeus’ Hydra, taking its name curiously from the tale of an eighteenth century Hamburg taxidermist who claims to have found the remains of a seven headed hydra, only for it to be proved a fake. I have no idea how this CD connects in any way to that story, but its a nice old tale all the same and I guess you have to name albums of improvised music something…

The music then is a rather lovely forty-five minutes of minimal, textural electrocacoustic improvisation split across three tracks. Cole works very simply with contact miss and a no=input mixer, Olsen apparently rubs and scrapes pieces of copperplate and other objects, some of them rubber and Drouin uses a modular synth and radio. The music inhabits a quiet, yet constantly agitated area. The three musicians seem to work together exceptionally well, with Cole blending into the already well established Drouin/Olsen duo seamlessly. The sense of three musicians working towards one single outcome is pronounced, with the balance between the three so evenly spread that it is rarely easy to work out who is doing what, with only the really obvious metallic scrapes, little grabs of radio or synthesised scribbles ever easy to pin down to one person. Much of the time the music just blends into one, with the contributions of each musician slight enough for the cumulative result to easily appear to be one person’s work.

Stylistically, I am very much reminded of the work produced by parts of the London and Berlin scenes around the turn of the millennium, with London’s Wastell/Davis/Davies groupings when in electronic mode clearest in my head. There isn’t then anything particularly groundbreakingly new here. Quiet electroacoustic improv focussed on little textures and soft tones with tiny bits of radio dropped in aren’t new news, but this CD succeeds simply because of how well it is done. The pieces fall together with what sounds like much ease, and yet the end result isn’t just pretty, there is enough of a spiky bite to be found amongst the soft glows and sandy textures to draw metaphorical blood. The radio grabs burst out of nowhere, things splutter to a halt when you least expect them, and a calming tone is very likely to be ripped across by a sore enduring tear of contact mic abrasion. It is hard to know what else to say about it beyond further description of the sounds and how they fit together. The secret is, as ever, to just listen and join the flow, let the surprises surprise you, the warming moments hug you. An all round invigorating, if quietly soft atmosphere split across three parts. A good one indeed.