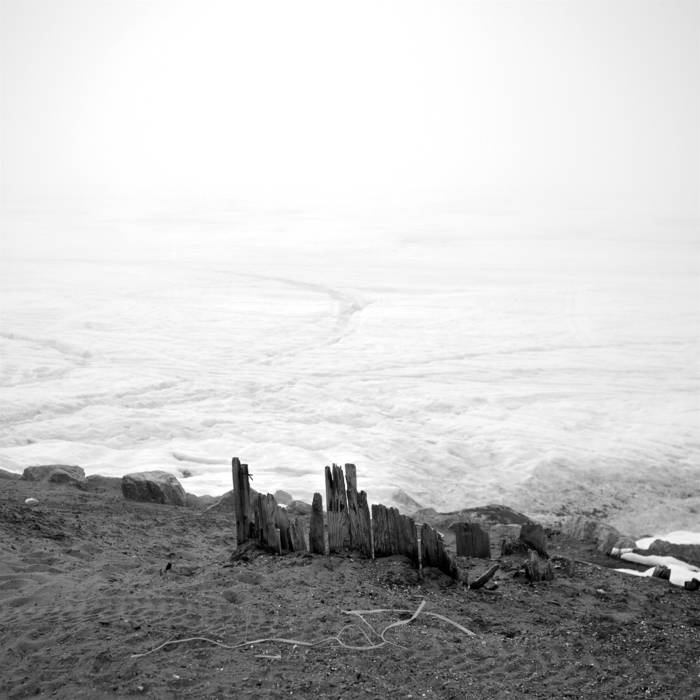 A 40 minute composition examining the sonic and environmental pollution on Sarichef, a small (12 km2) inhabited barrier island located along the Chukchi Sea in Northwest Alaska.

By combining various types of microphones and sensors, THE ISLAND becomes a sensory-extended portrait of a fragile ecosystem under radical transformation from both natural and human intervention.

In 2010 and 2011, I travelled to the remote island of Sarichef , located in Northwest Alaska, to collect recordings for a sound installation. The island had already been the focus of several news stories on its rapidly eroding shoreline, due to the increasingly higher annual temperatures and sea levels, melting permafrost, and more intense storms. My installation Perimeter:Sarichef was created as a sonic ‘time capsule’ of the island’s receding perimeter.

This new work, entitled The Island, attempts to present another complex layer in the portrait of this fragile island, it’s extensive environmental and sonic pollution, something which stood in stark contrast to what I had expected based on my initial research, but was ever-present during my recording process. Sarichef’s isolation, combined with importing consumer goods has resulted in a large community landfill that burns through the year, the constant deep resonant hum of 3-wheel recreational vehicles and generators, and rivulets of oily runoff which stain the coastline.

The Island is a composition filled with sudden shifts in perception. The listener moves from a pastoral waterscape to the combined low frequency sounds of ocean waves and electrical generators, to buffeting wind mixed with the static crackle of burning waste. The Island creates a highly textural collage where the edges of natural and unnatural sounds bleed together to become another type of landscape experience. At the end of the composition we hear what sounds like radio static, but is actually the island in the process of disintegrating, as the permafrost breaks down, creating an audible hissing vacuum between the sand particles.